27 June 2012 | By Nick Akerman
Team Fortress 2's "City on Fire" promotion has entered the second day, and this time, plenty of new equipment has become available for the Scout, Sniper and Soldier. 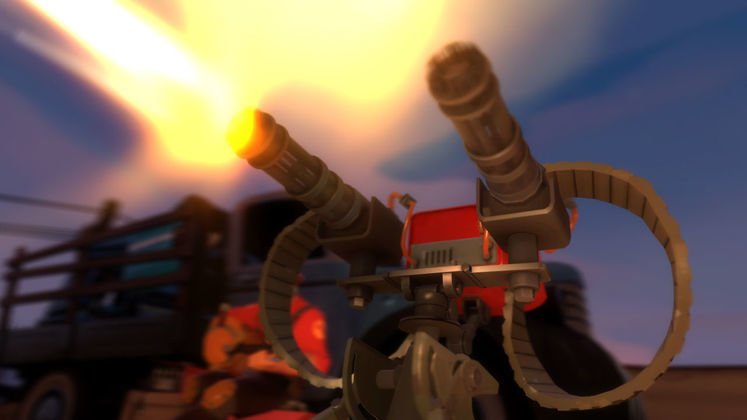 The Hitman's Heatmaker (Sniper Rifle): Gain focus on kills and assists, focus activates on fire when meter is full, while in focus 25% increased charge and no upscoping, body hits do less damage.

The Beggar's Bazooka (Rocket Launcher): Hold fire to load up to 3 rockets, release fire to unleash the barrage, +3 degrees random projectile deviation, overloading the chamber will cause a misfire, cannot collect ammo from dispensers.

While this promotion seems to be confusing right now, the fire theme should come to fruition in the upcoming 'Meet the Pyro' video. It'll all make sense then, I'm sure.