Cousins: Free-to-play Skyrim-level game will arrive in a few years 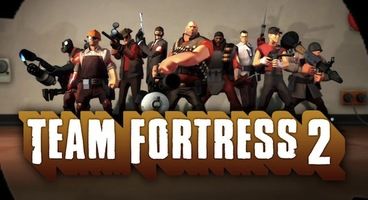 Is Team Fortress 2 the first of many?
Ben Cousins, manager of mobile game company Ngmoco Stockholm, believes that a free-to-play game on the scale of The Elder Scrolls V: Skyrim will be arriving in the "next few years". Cousins made the statement today during the Free-2-Play Summit in London.

According to Cousins, "I believe that single-player will be the next to be cracked in terms of freemium monetisation," he said, adding "And I'm talking about traditional, story-based, scripted, linear and non-linear single-player that we see on consoles."

Cousins made it clear that he's absolutely sure this will come to pass, even saying, "I will bet large amounts of money - that we will have, in the next few years, a free-to-play equivalent of Skyrim. A game like Skyrim, where you accrue skills and equipment over time, that you can play for hundreds of hours, is actually one of the easiest games to develop for a free-to-play model. That would be a big hit."

The manager divided the eras of free-to-play gaming into three periods, which he labelled 1.0, 2.0, and 3.0, where the first era was basic micro-transactions, where players spend an average of $5 on items to cover cosmetic, time-saving and customisations areas.

The second era were Facebook style games and Western free-to-play MMOs, where micro-transactions saved time, such as buying Tower Bux in Tiny Tower. The average spent by the user rose to $20.

Cousins believes the next era, 3.0, will feature micro-transactions that add gameplay features and functions that engender positive reactions "excitement, delight and risk taking", and that the gamer will spend an average of $60, which would be, of course, the current price of a full console title. Such a title would also have a full game console budget of $100M, not including the $100M in marketing.