28 March 2012 | By Jonah A. Falcon
Sony has announced that New Zealand-based Stickman Studios' puzzle adventure game, Doc Clock: The Toasted Sandwich in Time, will be arriving on the PlayStation Network. The game had originally been released on Steam back in October 2010. 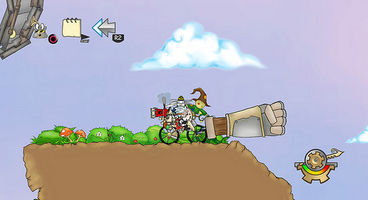 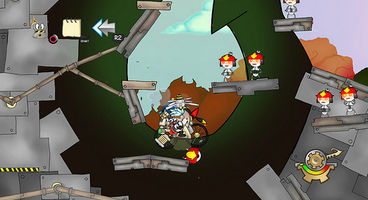 The game features the time travelling scientist Doc Clock and his "super sarcastic robot companion", SACK, who embark on a quest to save Doc Clock’s pet cat Franklin from spending the rest of his life as a potted cactus in a future inhabited by armies of hippie robots who hate technology. In the game, players build inventions to solve puzzles, while rewinding time to erase mistakes such as falling off a cliff or falling into lava.

Exclusive to the PlayStation Network version is Move support as well as a sandbox mode.

No release date has been announced for Doc Clock: The Toasted Sandwich in Time, only that it'll land on PSN "soon". 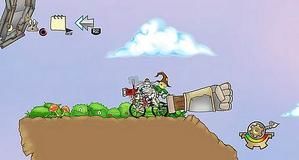