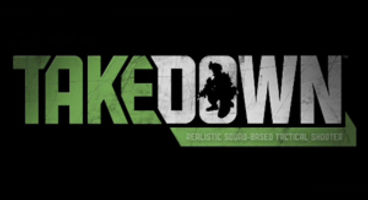 It began on Kickstarter three weeks ago but only managed $70k out of its $200k goal. Allen wants to leave behind the "cinematic" style for a more Rainbow Six/SWAT vibe.

"Kickstarter is a crazy ride; you have your good days and your bad days," said former Bungie man, Christian Allen. He's revamped his campaign and is just over $100k out of their goal.

"There are three primary points (based on feedback from the internets), that we screwed up on," explained the Halo designer. The first is that he lacks name recognition that Tim Schafer and Brian Fargo get to enjoy, and why not because they're awesome. Also their campaign video "was not exciting enough" as a plea to fans.

"Lastly, we were too vague about the details of the project, lacked assets to show, and didn't properly differentiate our concept from other shooters on the market today. Oh, and the name SUCKED," continued Allen.

The team isn't giving up yet though: "It would be easy to close our eyes, hope for the best, and slink away if we didn't make it. But that's not how we roll. We have redoubled our efforts over the past week, partnering with a local video production company to make what we hope is a kick-ass video."

"We commissioned AWESOME concept art from Charles Guan, and partnered with actor Matt Corboy and composer Rich Douglas to help promote the project. And we named the damn thing, holding a fan concept to create a logo splash image. TAKEDOWN is born." There are just 4 days remaining for backers to pledge the needed $95k.

Can Christian Allen and his team pull it off? Check out the new campaign video below.