The Dark Eye: Chains of Satinav

28 March 2012 | By Jonah A. Falcon
German developer Daedalic has announced that their fantasy adventure game, The Dark Eye: Chains of Satinav, will be launched on the 22nd June. The game's original release date had been the 23rd March, but according to the developer, the game required more polish, so they elected to "make overall improvements". 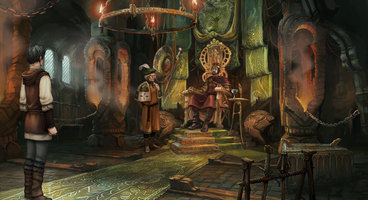 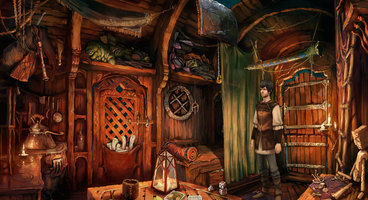 According to CEO Carsten Fichtelmann: “The additional development time will definitely pay off for our fans. We made a huge progress in terms of performance and stability. Furthermore we will use the time to improve the animations and the cut-scenes.”

The fantasy adventure puts the players in the role of a young trapper named Geron from the northern kingdom of Andergast who gets sucked into a sinister conspiracy revolving around a mysterious plague of crows that have taken to attacking people. This provides an opportunity for the luckless Geron to prove his worth not only to his king, but to the superstitious people in his country who think of him as cursed.

The Dark Eye: Chains of Satinav features hand-drawn backgrounds and elaborately animated characters, all rendered in high definition, as well as riddles and a deep, involving story. 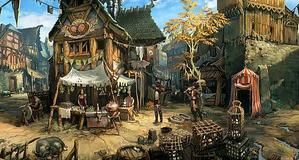