29 January 2012 | By Jonah A. Falcon
Mojang discovered from fans that a racial epithet had slipped by their QA in the latest flash build update of Minecraft; when a player elected to change the language of the game to Afrikaans, the language spoken in South Africa and Namibia, the title screen greeted the user with the offensive phrase "You are a N------". 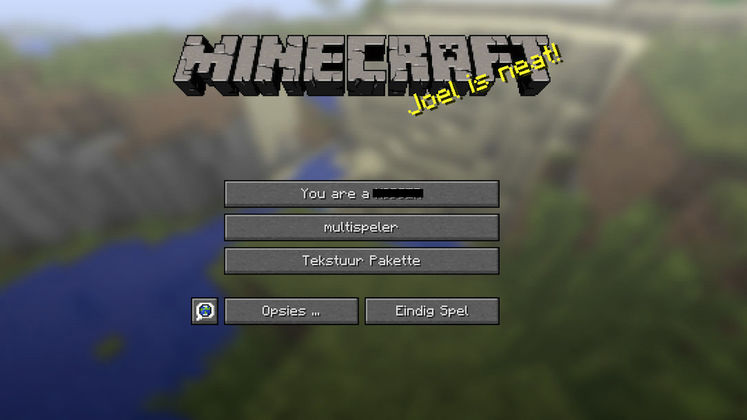 Fortunately, the epithet only appeared in the flash build, and not the general build that would have been released to the games 5M paid users, according to Minecraft's current producer Jens Bergensten.

According to the developer, the epithet had been left by a disgruntled user who had been banned. Bergenstein had tweeted to a Minecraft player, "Sorry about that =( I thought I had banned that user."

Hopefully, Mojang will be more thorough with checking what gets through in its crowd-sourced development cycle, which is one of the hazards of allowing relatively unknown users help work on your project.