Despite lay offs, The Old Republic still has "one of the biggest" teams in the industry

29 May 2012 | By Nick Akerman
It's been an extremely tough year for developers, and none have felt the wrath of recession more than those working on MMO's and RPG's. Last week, 38 Studios had to get rid of every staff member, but shortly before that, Bioware Austin also had to cut the numbers down. 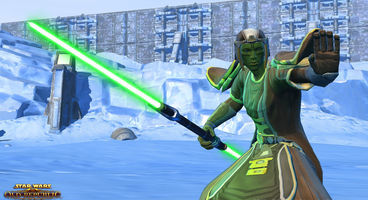 The team, which continues to work on Star Wars: The Old Republic, has had to reduce its personnel to keep afloat. Lead designer Emmanuel Lusinchi recently detailed the problems faced by such a large studio:

"The MMO is the toughest part of the game industry without a doubt and we live in tough economic times in general," he said.

"So that’s very unfortunate, and on a personal level it’s quite difficult to to have people that you’ve been working with for a long time that you know personally, you go to their barbecue and you meet their families and it’s never easy. I doubt it’d be easy in any industry for anyone, but it happens."

Despite the redundancies, Lusinchi says the team is still one of the largest around.

"We have a very large development team still, definitely one of the biggest in the industry, and we have a very complete and detailed plan for the rest of the year. The players don’t really care about all that, behind closed curtains, but they want what they’re paying for which is a service with new content, new systems, that’s what they’re asking for and we listen to them. That’s what we mean to deliver."