Treyarch: "We were just super-excited" about Black Ops, didn't need a break 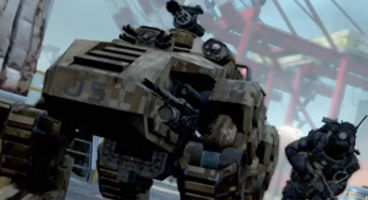 Mark Lamia, boss of developer Treyarch, has said the decision to take Call of Duty: Black Ops II into the near future was already decided when they were "in submission with Black Ops 1."

The studio team was "really firing on all cylinders," as they wrapped up the first game. Lamia described it as a "base-level" where they could "push it so much more." Treyarch's 'worst kept secret.'

The studio just couldn't step away from Call of Duty: Black Ops and jumped straight into creating a sequel after the first was finished. No break was necessary, he said.

"As we were wrapping up Black Ops 1, the team was really firing on all cylinders. And while we really gave everything we had to that, and we were really happy with it, we kind of felt like, as a team, that was the first time that the entire studio had just focused on one game,” Lamia told AusGamers in an interview.

"So we were really proud of what we’d created, but we felt like that was kind of like the base-level. We felt like we could push it so much more. So that’s why you’re seeing so many new things go into Black Ops 2.”

He continued: “The fiction itself, to take it to the near future, we can trace that back to while we were in submission with Black Ops 1. The game is basically done, it’s submitted to first-parties — which as it’s being manufactured; before it hits the shelves."

“In the past, sometimes we’ve felt like we need a little bit of a break, but we were just super-excited about what we had created, so we started spinning on “hey, with this one, we can take it to the near future. But we want it to be a sequel to the characters; and we can do this generation spinning”. Just all of these different ideas started coming to the surface."