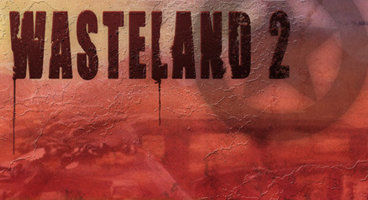 Brian Fargo's inXile entertainment has announced that if the Kickstarter fundraising reaches $2.1M, Obsidian Entertainment will collaborate with inExile on development of the game.

This will be a Black Isle Studios reunion of sorts, since Brian Fargo and Obsidian CCO Chris Avellone both worked for the defunct studio which is best known for publishing the Baldur's Gate series as well as developing such titles as Icewind Dale.

"Wasteland is one of my favorite RPGs of all time," stated Avellone, "And when Brian asked if I wanted to work on the sequel, I jumped at the chance. While I've worked on Fallout 2 and Fallout: New Vegas, getting the chance to work on the spiritual predecessor to the Fallout franchise is a honor."

“I have a history with the guys at Obsidian that dates back to the days of Interplay’s Black Isle studios. Together we created some of the greatest RPG’s of all time, from Fallout 1 & 2 to titles like Icewind Dale and Planescape: Torment. It is great that we now have a chance to reunite on a project like Wasteland 2,” Fargo added.

Obsidian will also lend its development tools as well as story-writing skills. According to Fargo, “Obsidian has an incredible library of story, dialog and design tools that they have used to create hits like Neverwinter Nights 2, Star Wars: Knights of the Old Republic II, and of course, Fallout: New Vegas. Regardless of the tech we use to develop the game, experience with these tools will help us efficiently design the game without wasting time and resources on the tools needed for development.”

Wasteland is currently at the $1.65M mark, with 17 more days until fundraising is concluded. Donations can now be made via a special Paypal site here.