30 May 2012 | By Jonah A. Falcon
Microsoft has announced a new Xbox 360 bundle that will come with a copy of Forza Motorsport 4 and a wireless racing wheel, in addition to a wireless controller and a 256GB hard drive.

The bundle costs $299 USD, and the wireless racing wheel included with the bundle has a $59.99 USD MSRP. The bundle will be released in mid-June. 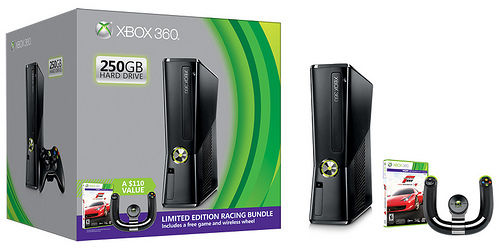