Iranian gamers won't get refunds for Battle.net purchases or preorders 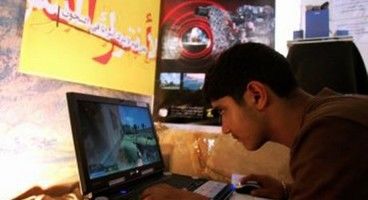 Thanks to the US sanctions and Blizzard's always online DRM, Iranian gamers won't be getting refunds for Starcraft II, Diablo III or World of Warcraft, and worse yet, won't get refunds on preorders of Mists of Pandaria.

According to Blizzard's PR director Rob Hillburger, the Iranian market is just "a tiny fraction" of its ten million strong worldwide network. This naturally caused an uproar by players along the lines of what fraction of the gaming public would Blizzard begin to care about, which forced Billizard to issue another statement.

According to the new post, Blizzard states that Iran was planning on blocking access to the Battle.net games portal anyway, pronouncing "Blizzard Entertainment cannot speak to any reports surrounding the Iranian government restricting games from its citizens," pointing to a conference that was held in Iran on the 14th August for the Islamic Revolution Game Designers Community. The Iranian government's Ministry of Culture and Islamic Guidance at that point called World of Warcraft an "example of the means (by) which western propaganda is used to poison the mind of (the) youth population in Iran."

Naturally, fans feel even if this were true, it didn't excuse the refund issue anyway.

The entire point of the US sanctions has been to pressure Iran for its suspected nuclear program, which a former US state department science and technology advisor flat out stated had no effect on the Iranian government. According to the advisor in the LA Times, "the sole intended consequence of all these sanctions has been zero insofar as scaling back or curtailing Iran's nuclear program."

The advisor advised the opposite tactic, saying "Imposing more sanctions on Iran would result in further radicalization, adding fuel to the fire of hard-liners and eventually marginalizing the democratic forces in Iran. Instead of sanctions, the West is better advised to support and promote the Iranian private sector, which is the engine of economic growth and social change."