Analyst's Medal of Honor: Warfighter forecast lowers 'due to poor quality of first' 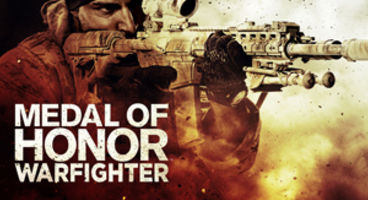 Doug Creutz of analyst firm Cowen has revised down his sales forecast for EA's Medal of Honor: Warfighter from 2.3m to 1.4m, citing a "very soft performance" since E3.

He bases his data off of Amazon's game rankings. The "most likely culprit" for this "disinterest" from FPS gamers is the "poor quality of the last" Medal of Honor from 2010.

Almost a million sales are shed from Cowen's predictions for Warfighter's sales between its October 23rd launch and the end of December. They poor cold water on Star Wars: The Old Republic too.

"This is based on a very soft performance since E3 in Amazon’s top-selling game rankings compared to other recent titles. We think the most likely culprit for apparent gamer disinterest is the poor quality of the last ‘Medal of Honor’ game in 2010," said Doug Creutz of the US firm. They also reckon Star Wars TOR will lose around 500k subscribers.

This deflation of the Star Wars MMO is due to "continued poor server density trends" That sounds like fancy talk for 'people aren't playing it much'. EA has hinted a free-to-play approach could be adopted.