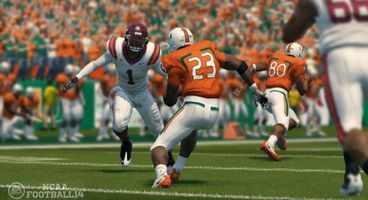 During a lawsuit by former collegiate football players about Electronic Arts using their likenesses to sell their NCAA Football games, the publisher attempted to invoke First Amendment rights on the issue, stating they were permitted to use their likenesses as a part of freedom of speech.

The court denied the motion.

Keller's attorney Steve Berman pronounced, "Today’s ruling, combined with the NCAA's decision not to renew its license, speaks volumes about the actions of the defendants. We are confident that EA and the NCAA made millions of dollars at the expense of student-athletes by improperly taking property belonging to the athletes and the athletes alone. This ruling will give us a chance not only to recover the value of the images for the college athletes, but also to punish EA and the NCAA for intentionally profiting off of things they knew were off limits to them."