Molyneux pronounces "There is no shop" in Godus 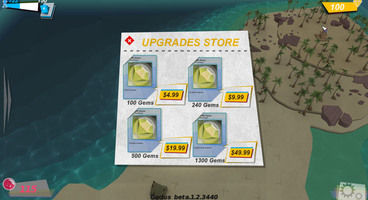 Some controversy had swirled around Peter Molyneux's return to the god game genre, Godus. Gems are the in-game currency of the simulation, but when players who clicked on their gem total, it took them to an inactive shop screen.

Gamers who had backed the game were upset by this, stating there was no indication during the Kickstarter drive that it would feature mobile/Facebook-style microtransactions, calling it "pay-to-win".

Molyneux must have heard those complaints, because now if a player visits that screen, in big block letters, a message states, "There is no shop". So, if there was a microtransaction store, there is one no longer, it seems.

Godus is currently available for purchase on Steam Early Access. It's expected to see official release sometime in 2014.