The pack also contains two car models appearing for the first time: the 2012 Bowler EXR S and the 2011 Alfa Romeo TZ3 Stradale Zagato. Included in the pack for all Forza Horizon fans is the ultra-rare 2002 BMW M3-GTR.

Players who own the Forza Horizon Season Pass will be able to download the April Top Gear Car Pack for no additional cost. 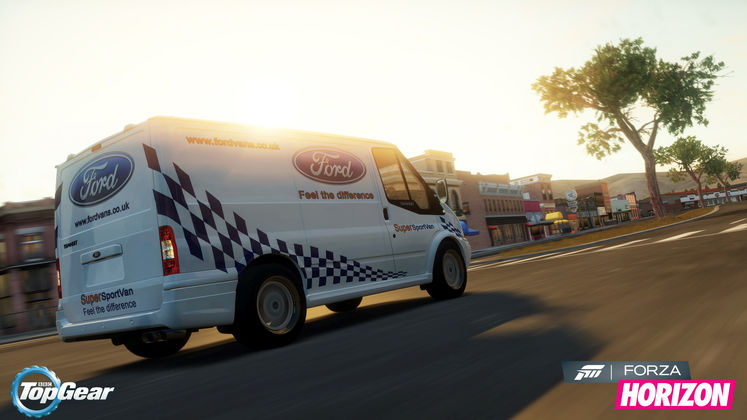 · 2011 Ford Transit SuperSportVan – The SuperSportVan is the latest creation in a long-standing series of Ford-built custom transit vans dating back to 1971. The 2011 Ford Transit SuperSportvan dons Le Mans bonnet stripes and an eye-catching livery on the outside. Inside is the 3.2-liter, 198-horsepower engine taken from the much larger Transit Jumbo. What’s the point? It’s a one-off design to show that Ford engineers can have fun too, and it was unveiled at the 2011 Commercial Vehicle Show in Birmingham, U.K. It also presents a vast canvas for designs and further customisation for “Forza Horizon” fans. 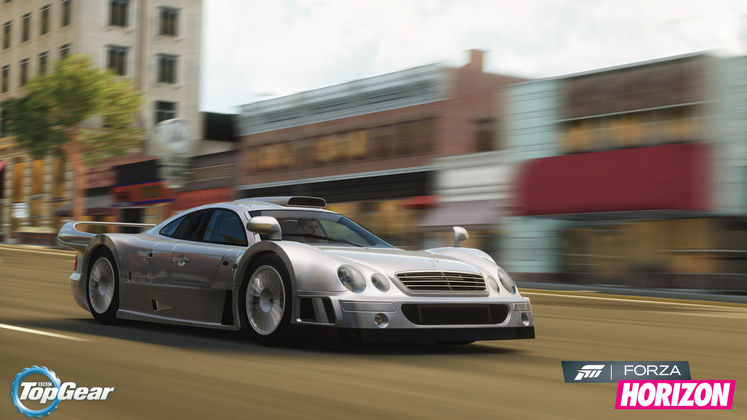 · 1998 Mercedes-Benz AMG Mercedes CLK GTR – Only a street car in the loosest sense of the word, the CLK-GTR is nearly identical to its pure racing counterpart, which dominated the GT1 class at Le Mans so thoroughly that after a few wins no competitor wished to challenge it. Buying a CLK-GTR to use for lightning-quick grocery runs is a questionable plan, but for dominating your friends in Horizon’s Colorado, there are few street-licensable cars that can keep up, putting these drivers in a very exclusive club. 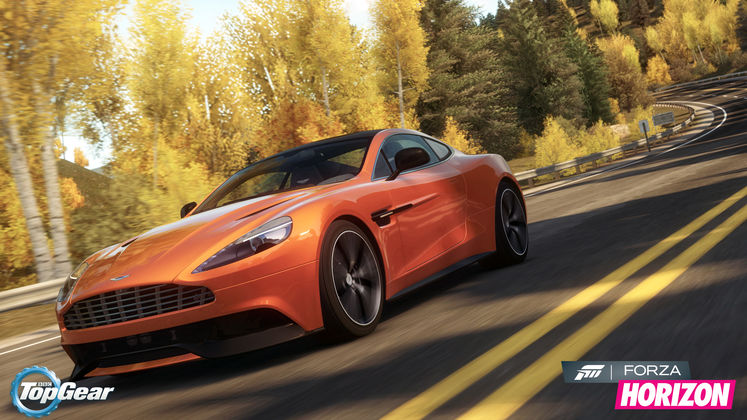 · 2012 Aston Martin Vanquish – With styling nods to previous Astons and a welcomed upgrade in the engine department, the new Vanquish retains much of the familiar Aston Martin grace, while still receiving a much needed boost in performance. Its 565-horsepower V12 produces a pleasing growl and will zip the car past nearly everyone else on the highway, all while you bask in the Vanquish’s considerable interior creature comforts. 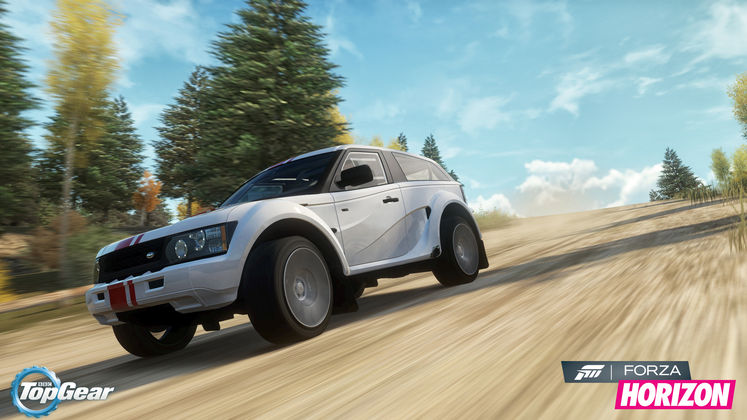 · 2012 Bowler EXR S – The Bowler EXR S is the result of the 2012 brand partnership between Land Rover and U.K.-based rally raid manufacturer Bowler. The striking all-terrain vehicle is fitted with a modified version of the Range Rover Sport’s supercharged 5.0-litre V8, and produces 550 bhp, giving it a top speed of more than 150 mph. The first Bowler designed for road use, the EXR S is equally at home in the deepest parts of Horizon’s back roads. 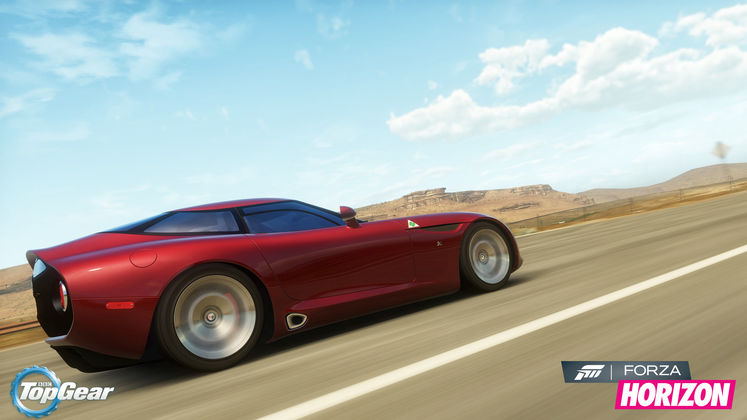 · 2011 Alfa Romeo TZ3 Stradale Zagato – Combine traditional Alfa elegance with 600 horsepower of pure Dodge fury and what do you get? The 2011 Alfa Romeo TZ3 Stradale Zagato. This street-legal sports car features an 8.4-litre V10 and the kind of gorgeous curves you’d expect from Italian design center Zagato. In short, this one’s as easy on the eyes and as it is fun on the road. 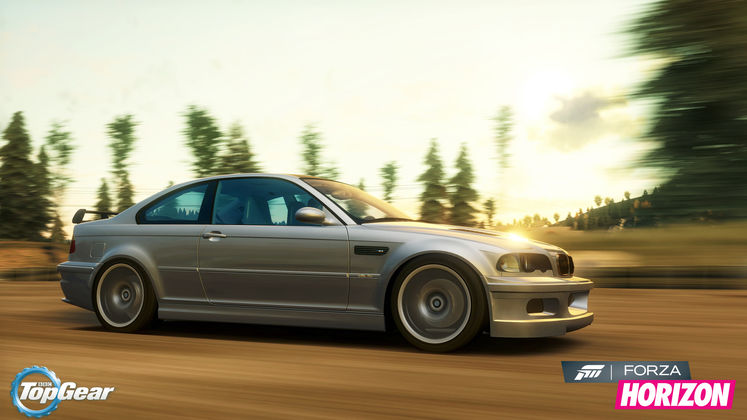 · 2002 BMW M3-GTR (FREE Download) – The 2002 BMW M3-GTR is synonymous with rarity. As BMW puts it, “The GTRs (both race and street copies) were never sold to anyone. Only three street copies were built. Not all three were ever shown. A street copy was shown in the U.S. only once, and for less than an hour.” Little wonder, then, that this M3 is bound to be a prize for “Forza Horizon” players.

Where Cars Belong: “Forza Horizon” is available now on Xbox LIVE Marketplace and anywhere games are sold. Car packs are available individually or as part of the “Forza Horizon” Season Pass (4,000 Microsoft Points), which also includes the Rally Expansion Pack.