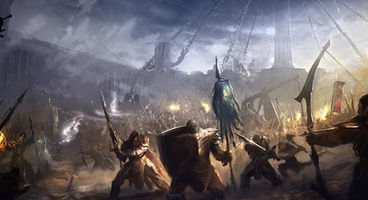 Bethesda will be letting us mere mortals toy around with The Elder Scrolls Online this August at the annual convention of Gamescom in Cologne, Germany. The studio tease more dates will be revealed soon.

Gamescom runs from August 22nd to the 25th with everyone welcome to attend once you've bought tickets. This will be ESO's first appearance at Gamescom at the Bethesda booth.

"We’re excited to announce our presence at Gamescom this year. Get your hands on The Elder Scrolls Online at our first European convention," announced Bethesda.

"We’re bringing ESO to Cologne this year for our very first European convention. Gamescom is the largest gaming convention in Europe, and thousands of you will have the opportunity to play The Elder Scrolls Online at our booth. We can’t wait to meet you!" E3 will take place before then in June so expect something before August.

The Elder Scrolls Online was revealed back in May 2012 and will be released on PC in 2013.