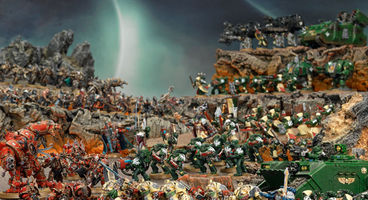 A new partnership has emerged between Eutechnyx and Games Workshop that means the development studio will begin work on a new PC and mobile title called Warhammer 40k: Storm of Vengeance.

It's referred to as a "lane strategy" title, where players will defend a planet with just 100 Dark Angel Space Marines. It's handled by their mobile division and releases in Q1 2014.

The studio is buoyed by the success of their strategy game Ninja Cats vs Samurai Dogs. Storm of Vengeance is being developed for PC and mobile platforms.

"Storm of Vengeance sees Eutechnyx working with one of the most established brands in gaming," said Eutechnyx CEO Darren Jobling. "I am very excited that our new partnership with Games Workshop will allow us to bring the world of Warhammer 40,000 to dedicated fans around the world via our new mobile division." 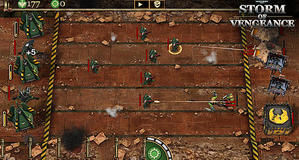