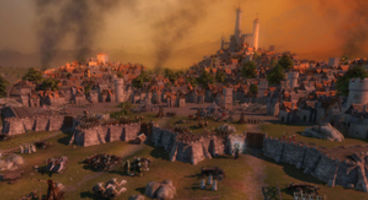 They have gotten "a lot of the original team together" to recapture the 'more magical atmosphere' of the first game. Their "biggest change" is more focus on leader characters.

We'll no longer be stuck as Wizards either, Lennart Sas tells us in our interview, as we get to choose from a range of archetypes; Warlord, Theocrat, Rogue, Sorcerer or Dreadnought.

"Age of Wonders III absolutely stays true to its turn-based roots, with its mix of sweeping fantasy strategy, empire building and role playing mechanics," Lennart explained to us. "The game maintains its focus on detailed combat mechanics and multiplayer modes. Signature features such as the terrain modification and tactical combat system all remain."

"Next to keeping the core gameplay systems intact, we also want to recapture the atmosphere of the originals, especially feel of the first one which many fans thought was the most magical. We are very happy to have gotten a lot of the original team together, including externals such as musician Michel van den Bos and writer Raymond Bingham."

There are a few changes on the horizon as Triumph has had plenty of time to dream up a new Age of Wonders over the years working on the Overlord series for Codemasters.

"The biggest change is that we made the leader characters more central than before," he continued.

"Players are no longer limited to playing wizards, but can chose to be a wide range of RPG-like character classes that include Warlord, Theocrat, Rogue, Sorcerer, or the tech focused Dreadnought, along with a choice of race and specializations that include spheres of magical."

"The skills coming from your leaders not just determine your personal or magical abilities, but develop your entire empire. Basically your empire is an extension of you. As a Warlord you create Spartan civilizations, as a Rogue you lead a rogue state squeezing out your own population while destabilizing the realms of others using stealth and acts of terror."

The Triumph team are also giving the alignment system a work over so that "an Orc Warlord playing like Mother Theresa will see his character’s relations to the outside world improve. Together with the leader customization, this change allows for to a stronger leader role-playing experience and varied gameplay, where your customized character and actions have an impact in the game world on many levels." It's also no surprise that Age of Wonders III is going 3D.

Check out our full interview soon with Lennart Sas as we discuss Age of Wonders III, which releases in autumn 2013. 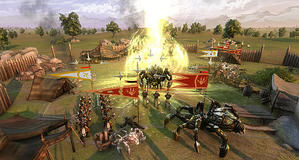