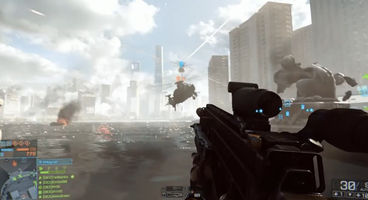 The great Beta gates for Battlefield 4 have finally swung open for the great unwashed masses, instead of just accommodating first class 'Premium' users. PC, Xbox 360 and PS3 are all invited.

PSN in Europe and the US should be switching on their open beta services in the next few hours. DICE acknowledge known issues with the beta, and are fixing them.

There are 7 game modes online and 10 maps in the final launch version of Battlefield 4. The beta is limited to just 2 game modes and the Siege of Shanghai map.

"We will be taking down the Battlefield 4 Exclusive Beta servers at 08:00 UTC in order to begin preparations for the Open Beta," tweeted the official Battlefield Twitter. The open beta timetable: