Crytek "were surprised" no one bid for Vigil, Darksiders 3 'not a strategical fit' 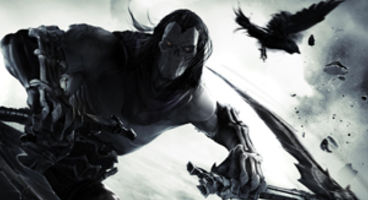 Darksiders developer Vigil Games has become Crytek USA, but Crytek boss Cevat Yerli was as equally shocked as the rest of us that no one actually put forward a bid during the THQ auction.

Crytek didn't bid at the time because of "too many unknowns," and that their current projects "weren't strategically fit" for the German studio. A single meeting led to Crytek USA being formed.

Between 20 to 30 staff from Vigil became the founding members of the new Crytek studio in North America. Yerli said the team's trust in Vigil's founder 'sealed it'.

"We were surprised when nobody bid on Vigil," CEO Cevat Yerli told GamesBeat. "We would have liked to have bid, but there were too many unknowns. I thought that maybe we could reconsider bidding, but eventually we decided not to because the projects weren't strategically fit for us, but I really liked David on the phone."

No interviews took place in the formation of Crytek USA. Yerli simply witnessed the trust the team had in David Adams and made his decision based on that impression. "It was an interesting time," said Adams. He told his staff Friday was their last day, and then Yerli appeared. "We met, and the day after we were pulling a new studio together called Crytek USA."

"I was thinking that if the team showed up to the Sunday meeting in full number, as David said they would, it would show implicitly the trust and respect the team has for David," said Yerli. "And when they all showed up and expressed that they really wanted to work together - that team integrity and the fact that they really didn't want to split up was enough for me to say this goes beyond an interview. I didn't ask David about his previous jobs, it was completely based on trust and the fact that these guys were great people with a great history."

Crytek USA is free to pursue what they will with the power of CryEngine 3 at their disposal, but the Darksiders franchise hasn't made the cut. "We didn't want to continue with Darksiders III, since that doesn't fit with our strategy," said Yerli.

"It's not like we set the team on a specific game concept. They're actually going to work on what David and the team identifies as what they want to do. Right now, they just know what the strategy of Crytek is and the framework we need to satisfy, but none of that drives what the game is about." It's a sad day for the Four Horsemen of the Apocalypse. 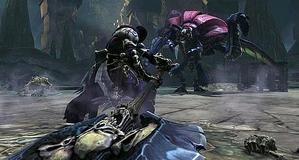