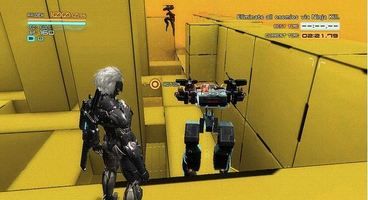 Konami has announced that Metal Gear Rising: Revengeance will have VR Missions DLC, which will add 30 missions to the game.

The VR missions are a throwback to the original VR missions from Metal Gear Solid 2, in which players ran through tests in monochromatic environments.