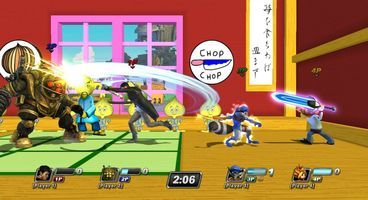 Sony Santa Monica's attempt at recreating the success of Super Smash Bros., PlayStation All-Stars Battle Royale, won't be getting any new downloadable content, and the developer is restating that the DLC that was released couldn't have been released with the main game.

The game will still get a balance patch, a third costume pack for Dante, Raiden, Heihachi, Big Daddy and others, and monthly leaderboard resets.

According to a dev posting, Sony Santa Monica insisted, "In the course of any game's development, there are always elements that never quite get finished or the team decides not to use in the final game. Some of these additional materials from the game's development phase have been recently released, but unfortunately these are very far from finished assets and were not included in the final game for a number of production and legal reasons."

PlayStation All-Stars Battle Royale was released last November 2012 and was a sales flop, selling only 530K copies worldwide on the PlayStation 3 since then.