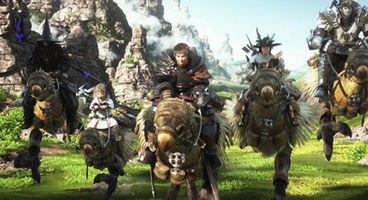 If you've bought Square Enix's once again troubled Final Fantasy XIV MMO through the PlayStation Network on either August 27th or the 28th then you'll be getting your funds back, announce Sony.

PSN users will "find the funds in their wallet" to be spent elsewhere. Final Fantasy XIV: A Realm Reborn has been hit with crippling server issues due to demand, with free game time offered.

Both standard and Collector's Edition versions are eligible for the refund from Sony, who pulled the MMORPG from the PlayStation Store last week over issues.

"All customers that purchased the digital version of the FINAL FANTASY XIV: A Realm Reborn Standard Edition, or Collector’s Edition, from PlayStation Network on 27th or 28th August will receive a full refund and will be able to find the funds in their wallet as soon as this is processed," read the EU PlayStation.Blog.

"In addition, the entitlements of FINAL FANTASY XIV: A Realm Reborn Standard Edition or Collector’s Edition will be reset and the title will appear again in the download list."

Square Enix has already issued an additional 7 days free game time as users are finding it difficult to log into the relaunched MMO due to sheer demand on the servers. It's unclear when it will sell again through PSN.