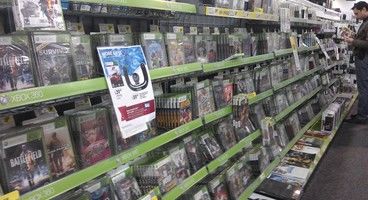 According to the NPD, over $14B was spent on videogames in the United States. This actually represents a decline in sales of 9% compared to 2011, when gamers spent over $16.3B.

The study noted that gamers spent $8.8B on physical software, which includes used and rental copies, which was down 21% from $11.25B in 2011. However, where physical sales dropped, digital sales, including games, downloadable content, mobile games, social network games and game subscriptions went up 16% from $5B to 5.9B.