The Vanishing of Ethan Carter

06 February 2013 | By Jonah A. Falcon
The Astronauts, a new indie development studio comprised of ex-People Can Fly devs, have announced a new horror adventure game, The Vanishing of Ethan Carter. The game is due to be released on PC sometime in 2013.

According to the press release, the story deals with "a detective with the supernatural ability to visualize scenes of lethal crimes" investigating the kidnapping of a young boy. The investigation leads to a "trail of corpses in the valley, the roots of an ancient force ruling the area, and the fate of the kidnapped boy."

Check out the teaser trailer for the game in the video below.

The Vanishing of Ethan Carter Essentials 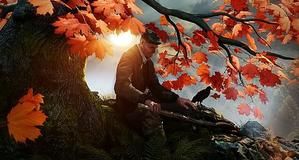