07 August 2013 | By Simon Priest
Warner Bros. has announced a Collector's Edition for their late October due Batman: Arkham Origins. It comes with a 30cm "highly detailed premium statue" depicting Batman and The Joker.

There's also an 80-page hardcover artbook, an Assassin's Intel Dossier on the game's 8 assassins, as well as some DLC including the PS3 exclusive Knightfall pack.

In the UK this Collector's Edition is only sold through Amazon. Also it would appear that no such CE bundle exists for the PC version; only for Xbox 360 and PS3 copies.

• Assassin’s Intel Dossier, including files on the eight assassins, as well as Black Mask’s contract

Batman: Arkham Origins releases on PC, Xbox 360 and PS3 October 25th. The Collector's Edition is priced at £80 on Amazon. Warner Bros. say the North American version of the package unveils next week. 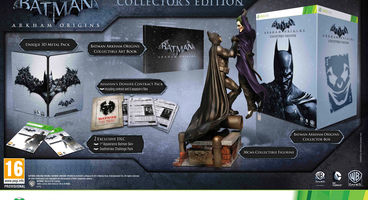 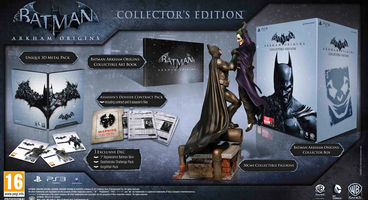