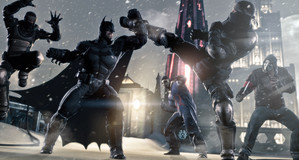 Preview: We get a hands-on with the Caped Crusader's Year One, and he's not Michael Keaton.

Okay, we’re crossing our fingers this time. Last time I previewed a Batman Arkham game the day I went to see it Warner Bros announced that the PC version was delayed a month, which spoiled my enjoyment somewhat. As I write this there’s no delay in sight for new game Batman: Arkham Origins on PC, and better still they’re ditching Games For Windows Live at last, so I’m... 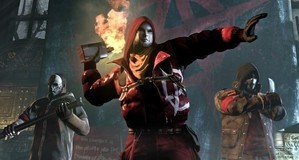 After finishing Batman: Arkham Asylum, I swore it was probably a one off. Superhero games that aren’t fighting games tend to be a bit rubbish, after all, and that game really felt like some sort of special moment in time. As such, I didn’t play Arkham City on launch - and was amazed when I discovered in some (but not all) ways I preferred it to the original six months later.