07 November 2013 | By Jonah A. Falcon
The best computer quiz series You Don't Know Jack is returning, as original developer Jackbox Games is re-releasing all nine titles in the series on Steam. 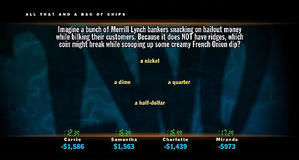