08 January 2013 | By Nick Akerman
PC hardware group Xi3 has revealed it is working on the development of a system that will support Valve's Steam and Big Picture services. 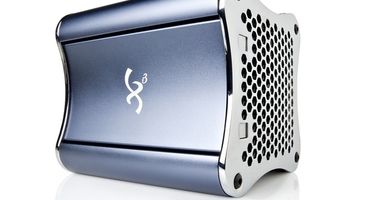 Valve has paid an undisclosed amount to get the process moving. The system is being shown off at both the Valve and Xi3 booths at CES 2013.

"Today marks the beginning of a new era for Xi3," said Jason A. Sullivan, founder, President and CEO of Xi3.

"This new development stage product will allow users to take full-advantage of their large high-definition TV displays for an amazing computer game experience. As a result, this new system could provide access to thousands of gaming titles through an integrated system that exceeds the capabilities of leading game consoles, but can fit in the palm of your hand."

Xi3 launched a Kickstarter back in September 2012 for its Modular Computer, but failed to reach its goal of £250,000.