Crysis 3 a "true sequel" to the original, "as opposed to Crysis 2" 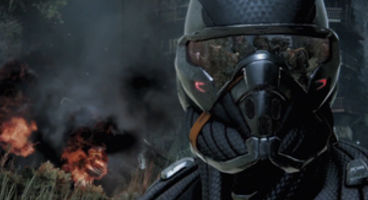 In our exclusive talk with Crytek big cheese Cevat Yerli he revealed that Crysis 3 is "clearer as an IP," as the team behind it embraced a "hunter theme" that touches both singleplayer and multiplayer.

It brings the third full instalment closer to the original game, he remarked, "as opposed to Crysis 2." That 'hunter's aspect' was the creative driving force for Crytek - birthing the "seven wonders".

Those 'seven wonders' comprise of the urban rainforest that is New York City now in the Crysis timeline, as well as driving, weapons, reaction of the environment etc.

We asked Cevat Yerli in our interview what was the most exciting thing brought to Crysis 3?

"With Crysis 3 we approached it from a creative direction with the seven wonders, the urban rainforest, driving and so on. So there's this theme that goes through all the gameplay, through the AI design, through the story, through the characters, through how we roll out challenges, everything," he replied.

"And it has a severe impact, it gives you an experience and context, as Rasmus says, that makes sense. It's not done arbitrarily. All of it has a meaningful theme. At the end we said this hunter theme is something we should drive into single player and multiplayer and we were able to keep that in tact as a driving force."

"That's something that Crysis 2, for example, didn't have," Yerli continued. "Crysis 3 is clearer as an IP, it's addressed the feedback and, I think, it's a true sequel to Crysis 1, as opposed to Crysis 2."

Crysis 3 releases on Xbox 360, PS3 and PC February 19th in the US, 22nd in EU. Check out the latest '7 Wonders of Crysis 3' episode below which spotlights 'the perfection weapon'. That would be us; the man in the nanosuit.