CD Projekt RED: We won't do free-to-play, will develop for next-gen consoles 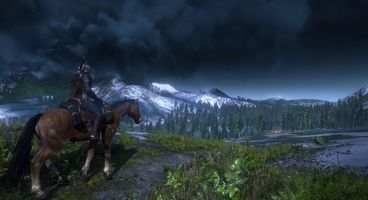 CD Project RED has been viewed as primarily a PC developer, but The Witcher 2 for the Xbox 360 signaled a change in philosophy that will be more evident in the next generation. The company also stated that free-to-play was not a part of their plans in the foreseeable future.

In an interview with Games Industry BIZ, studio head Adam Badowski stated, "Financial and business concerns shouldn't decide which path we take or the creative aims of the company. For example right now we are not dealing in the free-to-play market and this is why -- the market is far from perfect yet, I think there's something strange and awkward in this business model. So we're not getting involved in it, even if everyone is excited by how much money can be made using this model. Maybe we'll change our minds in that regard, but not yet."

As for the next generation of consoles, he stated, "PC allows for more at the moment, but new platforms are stepping up. In the future, it should be much easier to unify the requirements. Some things, like control schemes, will still need to be tailored to the platforms but the new platforms will unify requirements."

The Witcher 3: Wild Hunt was recently announced for the PlayStation 4 and will presumably be developed for the next-gen Microsoft console as well.