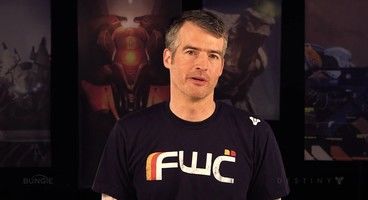 Bungie co-founder Jason Jones is the most reclusive legend in the industry, shunning awards and almost never giving interviews. In a rare interview, Jones admitted Destiny was the developer's biggest gamble, even more so than Halo: Combat Evolved.

When asked what the biggest gamble in his career was, he replied, “Making Destiny?. I mean, the money and the people and the time and all that is pretty crazy. Compared to that, the decisions we made – to spend $10,000 in six months making a game 20 years ago – maybe that was a gamble, because I dropped out of college, but I think this is bigger. I think it would be impossible to find any more – what’s the word? Foolhardy? Brave? Arrogant? Fun? – thing that I’ve ever done in this.”

He then explained that Halo wasn't as much of a risk, stating, "To have a game, to have an IP built, and to have a year to launch it on a new console, that was… I don’t know, maybe that was a risk, but I don’t think it was. I didn’t think it was at the time. I didn’t think we were gambling with the future of the company.”

When Marathon became popular, Jones admitted that he suddenly realized, "My God, we’re going to make another game. People are going to want it. There’s this company and people come to work here and they have wives and children and they depend on that. We’re paying for their insurance," but “The Halo 1 experience was just really fun. We reached a bigger audience. (I remember) standing in line with people at a movie and (hearing) them talk about Halo. That was cool.”