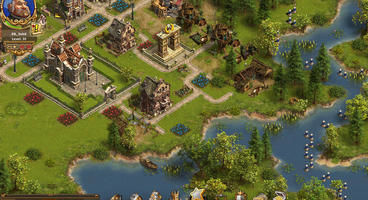 The content update will include 5 new adventures that are fairy tale-themed. The first adventure will be available either by exploring or going to the shop. After completing it, one of two new adventures randomly unlock.

Some of the new resources collected on raids are tradeable, while a new specialist, The Quartermaster, is now available. The Quartermaster can't lead an attack, but enables the player to mount large armies of up to 1000 units faster than any other general. Magic beanstalks can be exchanged for five building licenses.

The following new buildings are added:

* Fairy-tale castle* (max 1 per player): It’s a special decoration building than can be upgraded up to level 5 – After level 5 the decorative building becomes a production site and will require both new resources.

* Magnificent Residence* (no number restriction): This construction will offer enough space for a huge number of Settlers, it provides enough convenience for a King and his court.

* Gold Tower* (max 3 per player): This magical tower can spin wheat into coins.

Gamers can check out The Settlers Online at the official site here. 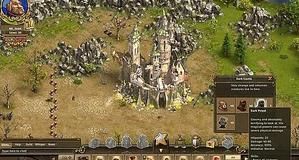