Former dev teases project at thatgamecompany will "change the industry" 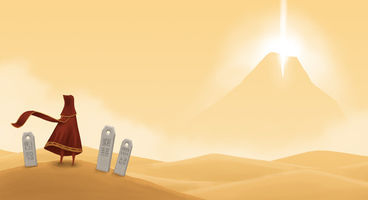 Something big is brewing over at indie outfit thatgamecompany, says Asher Vollmer. While they "can't divulge any details" about it specifically, it's "going to be an IMPORTANT game." Can't walk away from it?

Apparently it is something you can't "casually abandon." Vollmer says this project made it harder to decide to leave the studio but that 'years remain' on it before it's done.

Vollmer is starting out on his own to pursue his crazy game ideas. He became unhappy after a time as he was forced to sweep his own game designs under a rug.

"To be completely clear, this was one of the most difficult choices I’ve made in my short life," blogged Vollmer. "I joined thatgamecompany immediately after graduating college and then worked there for a total of ten months. We all grew incredibly close over those months, so leaving the job felt like I was leaving a family."

Here's where it gets juicy: "In addition to the emotional baggage, the New Game they’re making isn’t just something that you can casually abandon. Obviously I can’t divulge any details about it, but… It’s going to be huge."

"The Game is going to be incredible, but it is moving slowly. There are YEARS remaining on the project and, quite frankly, those are years I don’t want to give up for a game that isn’t truly mine."