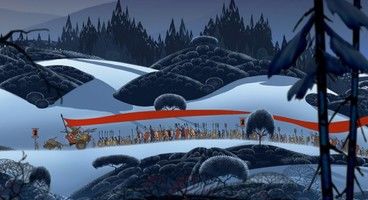 Developer Stoic Studio has announced that their Kickstarted cel-shaded RPG The Banner Saga will be officially released on the 14th January 2014 (1/14/14).

According to the company, "What's left to do? We'll be spending an appropriate amount of time on playtesting, polish and balance. We've been getting help from a QA house to help us find and write bugs because the game has become both long and complex at this point. What we originally envisioned as a 6 hour game is probably closer to 15+ hours on the first playthrough, and all the branching variables and additional systems are time-consuming to test. We'll also be playing through the game a lot to get combat balance in as good a state as we can. Lastly, you may have heard this before, but polish is the difference between a good game and a great game in our minds. Personal touches, transitions and making sure that everything is finely polished is really important to us. For example, we've added procedural snow, random events in travel, items in combat, an interactive world map, every godstone in the game and tons of new characters and classes."

A freeware version of the game with only combat, Banner Saga Factions, was released several months ago, supported by microtransactions. 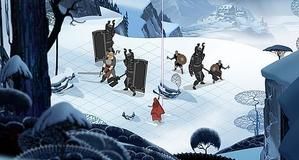