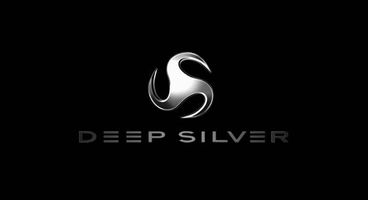 Mulligan jokes that they're "much better than the Activisions, EAs, and Ubisofts" out there because, while they may be valued at billions, Deep Silver "make money." They also acquired Metro: Last Light.

Now that Deep Silver has some more notable IP they aren't going to slap up an international HQ with 500 staff. They prefer to stay nimble and therefore profitable.

"I actually think we're much better than the Activisions, EAs, and Ubisofts of the world. People say, 'What do you mean? They are valued at three billion dollars.' I say the difference is that we make money."

Koch Media is a private entertainment company that operates Deep Silver as their games label division. Under their subsidiary they acquired two IPs from the THQ auction and snapped up developer Volition Inc.

"Now, with the acquisition of Metro and Saints Row, it allows us to, again, go from strength to strength. But do I want to hire 500 people and build a world headquarters? That's not what we do - nor is it what we need to do," continued the COO. "I firmly believe that you do not need a giant organization anymore. That's what's killing so many publishers. The moment you don't have a giant, triple-A hit, your overhead absolutely eats you alive. What do you do if this big, triple-A game didn't hit? You've got to ship another one very quickly and hope that one does."

"I wouldn't consider us a middle-class publisher at all," he added, "we're a publisher that, in a difficult and rapidly evolving marketplace, uses guerrilla tactics. We move quickly and we don't have a public board of directors to answer to. We like what we do and have fun. That's important!"

Deep Silver enjoyed huge success from Techland's surprising hit Dead Island, an action-RPG drowning in zombies that launched back in September 2011 and has sold over 5 million units.

"We thought it would be a very good title," Mulligan said. "I don't think in anybody's wildest imagination would it have gone that far. Luck had a lot to do with it, and some genius marketing - marketing events that larger companies wouldn't try."

Deep Silver has been in deep trouble with one of their recent marketing stunts with Dead Island: Riptide that would have included a statuette of a hacked and bloodied, bikini-clad torso as part of a collector's edition; a furore ensued.