10 August 2013 | By Jonah A. Falcon
Deep Silver has pulled a nifty new publicity stunt by offering The Super Dangerous Wad Wad Edition of Saints Row 4 for $1M, a limited edition version of which there is only one. 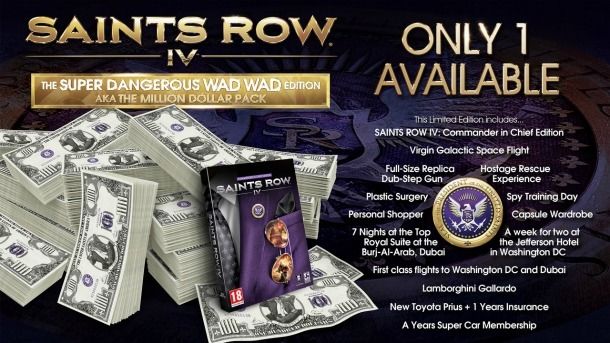 * A full day of spy training

* A trip to space with Virgin Galactic

* Plastic Surgery of the purchaser’s choice

* 7 nights for two at The Jefferson Hotel in Washington

The contents combined probably cost a combined $500K to $600K or so, so Deep Silver would be making a fat profit, but there's a certain amount of street cred, bragging that you picked up a $1M special edition of the game. Expect Cliff Bleszinski to announce he preordered it. 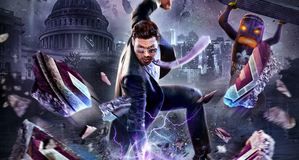