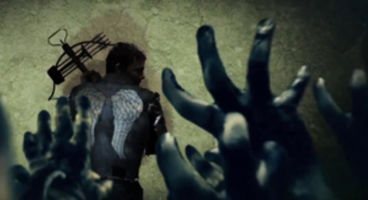 Terminal Reality's The Walking Dead: Survival Instinct will be shuffling into retail stores March 26th in the US, while the UK gets bit March 29th. Survival Instinct provides a prequel of sorts to the TV show.

It stars Daryl and Merle Dixon as they fight to survive on their way to Atlanta. Activision just released a new very brief clip with actors Norman Reedus and Michael Rooker revealing launch dates.

This 'trailer' is ridiculously short and gives nothing except Reedus and Rooker, which frankly sounds like a TV show right there. Little of gameplay has been shown so far.

Some footage did leak from the offices of Terminal Reality but the studio was quick to dismiss what was seen as an early build of the game. "It's not final. It's not even close to final. It's early footage. You saw what we presented today and it looks... There was no spec in the trailer," they said in response.