Microsoft Points "will be retired" as part of fall 2013 update 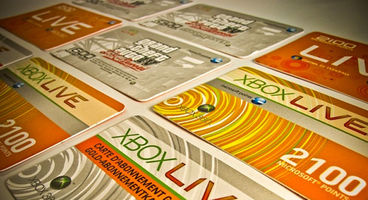 Microsoft confirms they'll be retiring their fake currency system of Microsoft Points "as part of the fall 2013 update," with those left over converting to their real money equivalents at "equal or greater" value.

They've launched an "account transition" FAQ that should help clear up anything. They list all the regions being affected this fall. They will continue to accept Xbox Gift Cards throughout 2014.

This changeover has long been sought after by the Xbox community given that inconvenient blocks of Microsoft Points are sold, forcing people to pay more than necessary.

"We are excited to announce that as part of the fall 2013 update, Microsoft Points will be retired, and transactions will take place using local currency! The monetary value of your Microsoft account will be stored in local currency as well, offering you a new, convenient way to purchase exciting Xbox content," reads the FAQ.

"To make this a seamless and positive experience for our customers, we have considered many factors to ensure that the amount deposited in your Microsoft account will be of equal or greater marketplace value than your Microsoft Points."

"Microsoft Points Cards will continue to be redeemable on your console and on Xbox.com throughout 2014 and for a limited time thereafter but will be discontinued after the launch of Xbox Gift Cards this fall." They also warn that any amount deposited through this currency transition will only be available "one year from the deposit date" before expiring.

"Even after your account transitions, we’ll still accept purchased Microsoft Points Cards and codes through 2014 and for a limited time thereafter, and we’ll credit you an amount of currency equal to or greater than the Marketplace value of those points as we phase out the Microsoft Points program."