Crytek "on track" with Ryse, "shaping up well" 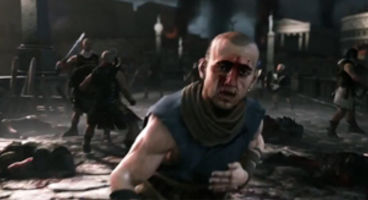 Xbox 360 exclusive Ryse from Crytek is still chugging along in the pipeline, confirms Crytek boss Cevat Yerli. For those who've forgot, Ryse is a Kinect title where you fight Romans in melee combat.

The studio isn't revealing anything much about Ryse, and weren't being drawn on a time frame for release either. Rumour has it Crackdown 2's Ruffian is in involved in a multiplayer mode.

"We're are on track with all our plans," Yerli told OXM. "The game is really shaping up well, but that's pretty much all I can say at the moment." Ryse was announced at E3 2011.