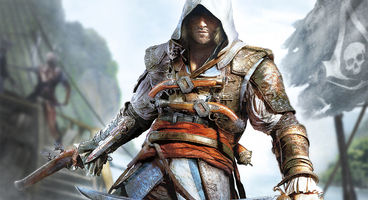 In an interview with Outside Xbox, Guesdon responded to a question asking about the difficulty of developing for multiple platforms at the same time and whether a delay would occur. His reply simply came as, "Same ship."

ACIV is currently outlined for an October 29 release in North America and November 1 in Europe. Guesdon's reply suggests both the PS4 and Xbox 720 will be out by this time.