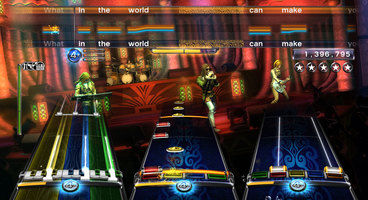 Harmonix was forced to take down the Rock Band and Dance Central sites due to a hacker intrusion that exposed user information.

According to Harmonix, "The security of your Harmonix user information is very important to us. We’ve taken the sites down while we investigate this incident and determine how our systems and the information we maintain may have been compromised. At this time, we have not found that any of our users’ information has been published or misused. None of our sites maintain any credit card information, social security numbers, or financial account numbers for any of our users."

The issue has been since resolved, and Harmonix has apologized by allowing gamers to purchase items that were previously strict exclusives.

"Thanks so much for being loyal Harmonix fans over the years. For those of you who love Rock Band and Dance Central, we’ve opened a store on Spreadshirt.com featuring merchandise previously only available at in-person events like PAX, E3, and our Rock Band Night parties. Head here to check out awesome stuff from your favorite music games!" stated Harmonix.

In addition, Harmonix stated users should be resetting their passwords.