EA: Battlefield 4 survey real but "not indicative" of final features 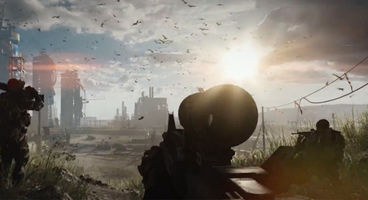 A survey going around for DICE's Battlefield 4 has been confirmed as legitimate by EA, but what it contains shouldn't be taken as gospel for what's coming, like when it mentioned "dramatic water-based combat."

You can take away from this that DICE appear to be focusing a lot more on water and its potential to mix things up in combat. They also talk of cutting power to buildings.

Then there are car alarms going off giving away your position. As long as it doesn't lead to an avalanche of enemy players like Left 4 Dead with the infected; although that might be pretty cool for the first couple of times. Anyway...

"Battlefield 4 extends the front past the shoreline with the addition of intense and dramatic water-based combat," read the survey. "Pilot attack boats, RHIBs, and jet skis on swelling seas and stormy oceans."

"Experience a more dynamic battlefield where no two games will ever be the same," the survey continued. "Blow the foundations of a dam and flood the area of combat. Bump into a vehicle and its alarm will give away your position. Cut the power to a building and envelop the enemy in a cloak of darkness. Your actions physically change the battlefield in real time, providing interactive game environments that react to your every move."

Also mentioned are 'Battlepacks' as unlockables. "Possible rewards include bonus XP boosts, knives, weapon attachments, and customisation options like soldier camos, weapon paints and dog tags will let you play your way and stand out on the battlefield. The more you play the faster you earn them, but with 300 possible Battlepacks featuring more than 1200 items, you never know what you'll unlock." That sounds like a bribe to keep on playing - more please.

Battlefield 4 is believed to be coming out October 29th, but EA is yet to comment. Promotional leaks have confirmed the return of Commander Mode, as well as Battlelog 2.0 and the first DLC.