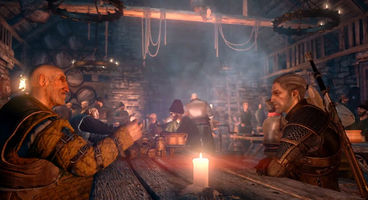 Just because The Witcher 3 marks the end of the planned trilogy at CD Projekt RED doesn't mean they'll be burying the fantasy IP universe, but they "definitely want" The Witcher 3 as a "finale in a big way."

Future titles in The Witcher universe "might even include Geralt" in some way. The upcoming RPG intends to wrap up Geralt's particular amnesia-riddled story, but the world keeps turning.

"With the third instalment, we should wrap it up and conclude a lot of threads," CEO Marcin Iwinski told Polygon. The Witcher has rocketed the studio to fame.

"We are not killing the world and walking away from it, but we will definitely want to make this game the finale in a big way," he added. It's possible that Geralt himself could reappear in some future potential title, continued executive producer John Mamais, saying, "We just need to talk about it and figure out what we're going to do next."

The studio intends to give more DLC out for free post launch, although consoles gamers might need to pay something, regrettably. "Sometimes you cannot just give content for free," Mamais said.

"We will do our best to choose the most gamer friendly solution, and honestly speaking, should the need be — if we will be able to afford it — in many cases we will pay out of pocket for that. Please don't forget we are an independent studio, but I really believe that DLC and updates are free things."