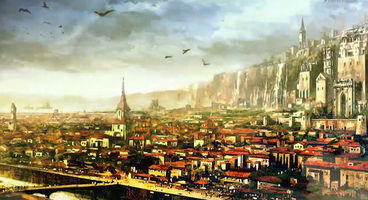 A squad-based RTS JRPG by the name of Project Phoenix has stormed Kickstarter and is taking no prisoners as it's already cleared the $100k goal. In fact almost 6,000 backers have pledged over $370k.

They're Kickstarter's "FIRST Japan-based video game" with Final Fantasy composer Nobuo Uematsu attached. It's for a worldwide audience, and not just Japanese gamers.

The first stretch goal has already been plundered which offers double the number of characters and monsters, with additional composed scores from Uematsu-san.

"We are making a rich, immersive game that will set a new standard of excellence for the Japanese gaming industry, all without major studio backing! Although we have a large array of top talent, we are JRPG fans first and foremost and wish to create a game worthy of longstanding JRPG fans who truly deserve it," said Creative Intelligence Arts.

"In doing so, we will become a phoenix that will rise from the ashes to forge a new direction for the Japanese games industry through a work that awes and inspires all. With the lofty heights we’ve set, we’d like YOU to be a part of our vision and the process and we’re optimistic about it. After all, we’ve got a brave, stubborn, if somewhat forgetful angel on our side, reminding us of what we truly stand for!"

It's a fantasy themed squad-based real-time strategy married to JRPG design influences - quite a mouthful.

"The game draws you in with its breathtaking fantasy world, deep storyline, Japanese character designs, and a memorable cast, most notably, the band of heroes under your command," continued the Kickstarter pitch. "Furthermore, its intuitive real-time tactical combat is dynamic, fluid, and streamlined, allowing you to experience the strategic options without being bogged down by overwhelming archaic battle systems."

"Throughout the adventure, players will piece together the mysteries of an angel with amnesia and travel through the land of Azuregard with an unusual band of heroes searching for answers."

Leading the project is Hiroaki Yura, who counts Diablo III and Valkyria Chronicles among his game development credits. There's also Vaughan Smith serving as game designer with L.A. Noire on his CV. The studio also teases a "very famous anime" artist will be named when the project concludes. Overall they've got quite an international indie team.

Check out the Project Phoenix Kickstarter for more. It releases for PC, Linux, Mac and maybe PS4/Vita. 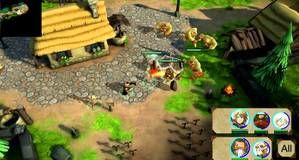