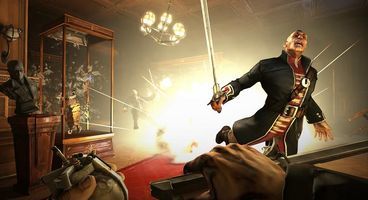 Former Dishonored developer Joe Houston has weighed in on the entire conversation regarding real world violence and videogame violence. While he believes videogames don't cause actual violence, he feels that not giving players a moral choice doesn't stem it, either.

According to Houston, "In light of the recent gun violence in the U.S. and the resultant anti-game talk that has stemmed from it, it's important as gamers not to simply retreat to the easy reaction, that games aren't a part of the problem. While I think that might be true...I think it's a pity to stop there.

"I don't believe that game violence causes real world violence, but I do believe that it does little to prevent it."

For example, linear shooters like Call of Duty force the player into a violent situation, requiring the player to kill the enemy. An open game like Dishonored has even more graphic violence, but allows the player to choose a peaceful solution.

"Too often we think about what we might lose as players and developers if forced to engage in that conversation, becoming blinded by the fear of censorship. As a result we miss out on more creative and effective ways to be a part of the solution," he proposes, adding that "games with meaningful - and potentially distasteful - choice just might do better because they stand a chance of making the player think about what they're doing on screen."

Dishonored, despite its extreme visceral violence, was passed by the usually strict German ratings board USK because the game offered a choice.

Houston now has founded his own studio, Roxlou Games. Its first title is a turn-based PC strategy game called Unwritten, which is currently on Kickstarter.