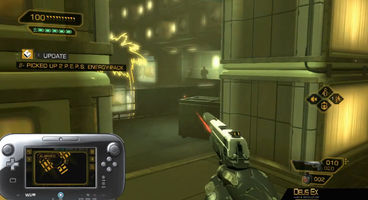 Eidos Montreal has released a second gameplay walkthrough for the impending Deus Ex: Human Revolution Director's Cut edition, which arrives next week. This time we're in Hengsha at the Alice Garden Pods.

Shareable Infologs are teased where players can take pictures in-game, annotate them and then share with friends - it also supports voice messages. The future is here.

The Director's Cut features a number of improvements over the original release, including overhauled boss encounters, better visuals and even new augments.