15 November 2013 | By Jonah A. Falcon
Ubisoft has announced that the second update for Might & Magic X: Legacy, which is currently in Early Access, is now available, adding a new Modding Kit which will allow players to help develop the game by offering their own mods and maps for the game.

The Modding Kit will allow fans to share mods with each other and search for popular content on the Maps & Mods tab which can be found on the Open Development Blog that will be available later in 2013.

The update also quashes over 150 bugs, improving stability while adding new game options and objects. Many of the bugs had been scoped out by fans playing the game in Early Access.

Gamers can learn more about the development in Early Access by visiting the Open Development Blog on the official site here. 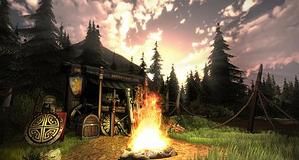