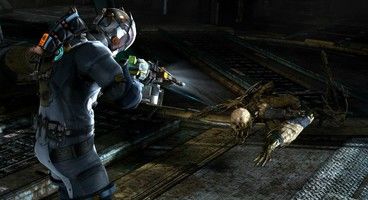 Dead Space 3's poor sales were rumored to have killed the license, but Electronic Arts has insisted that the series is still alive.

According to EA Games Label boss Patrick Söderlund in an interview, "I wouldn't say it's (Dead Space franchise) cancelled at all. Dead Space remains a brand that is close to Electronic Arts' heart. It's been a great brand for us done by a very passionate team."

However, there's just no Dead Space 4 in development; Visceral is just working on something else.

"Is that team working on a Dead Space game today? No they're not," informed Söderlund, "They're working on something else very exciting. You have to think of it from that perspective. Is it better to put them on the fourth version of a game they've done three previous versions of before? Or is it better to put them on something new that they want to build, that they have passion for?

"I am of the utmost opinion that we have to put the best possible games in the hands of our fans. How you get to a great game, the first thing you need is a great development team that have a passion for building what they're building. That's a simple parameter. Everything else follows. Money, time, everything else follows. It's less relevant. That's ultimately how you get success. It's as simple as that."