The team made the announcement on their Indiegogo website.

"Oh yeah, almost forgot, we finally got an Oculus Rift dev kit two weeks ago, and we're superduper excited about it! Reset will definitely support Oculus Rift! And so it is officially added to the list of features."

There's 7 days left on Reset's Indiegogo funding campaign. The game itself will be released on PC sometime in 2014 if it makes its target goal. 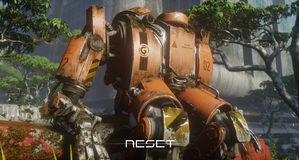